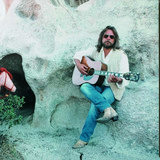 After beginning a distinquished career as a songwriter, studio bassist and recording/touring artist with TRUK in New York at abc/dunhill (Buddah records) Releasing"Plastic People" to much acclaim in 1967. "I needed to get away - after insane tours with "the Guess Who" "melanie" "Vanilla fudge" & leslies west's "mountain" things just got out of hand. I moved to l.a. where we thought it would be healthier but it was the same thing, the only real difference was that the junkies played volleyball and had nice tans. the move to japan was the best thing i've ever done." Casey joined forces in 1978, with Yoshino Fujimaru and started a band called [SHOGUN]. Casey's song and Shoguns first single "Otokotachi-no-melody" sold well over a million copies. Casey received a number of awards as a writer and continues to be as prolific and productive to this day. Casey has released 30 albums to date in Japan, 8 of which have gone gold and 1 going platinum. He now spends quite a bit of time writing soundtracks for movies, anime films and TV jingles as well as writing for and producing a number of Japanese artists, as well as accumulating over 20 solo albums to boot. Many of his TVCM songs have become very popular throughout Japan. In particular, "I Believe in You" (All Nippon Air Lines), "Met People" (Kirin Mets) "Wonda" (Asahi Can Coffee) and "Bad City" (Sapporo Can Coffee "JACK") are all well known and can be found along with many of his TV Drama theme songs in most Karaoke systems in Japan.