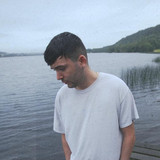 Songwriter on-the-rise Oscar Blue (22) has been hotly tipped by many to be the next big voice coming out of Ireland - recently breaking over 5 million streams on Spotify, selling out his debut headline show in Dublin’s Whelan’s and with already a string of American tour dates under his belt, it’s easy to see why. Having spent lockdown perfecting his upcoming EP release, Oscar now in a great partnership working alongside renowned producer Philip Magee (The Script, Kodaline, Gavin James). Oscar Blue plans to release the mindfully powerful, anthemic and nostalgic track ‘Backyard Mafia’, off his upcoming debut EP in the coming weeks.

Brotherhood, imperfect friendships, and coming of age are all strong themes that echo through this lead single. With artful, ballad-style storytelling, 'Backyard Mafia' will strike a deep chord with the listener.