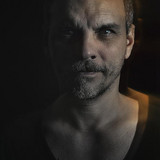 Passionately mixing and creating music since 1996. South American artist and SURO Records label boss Marcelo Demarco’s impact on the electronic music world over the last three decades has been nothing short of commendable. Born and raised in Uruguay, Marcelo’s passion for culturally inspired dance records have seen him masterfully crafting unparalleled House and Techno cuts since the mid-'90s - earning him an undisputed reputation that continues to grow globally. Also known as Mark Demark, Marcelo’s works have seen him featured on labels like Cerebro and Dechapter, as well as his SURO Records imprint. Over the years, a plethora of his industry peers have been forthcoming in their support of his music. The likes of Cevin Fisher, Hector Couto, Paco Osuna and Disclosure being just a few of the industry’s biggest names that have been keen advocates of Marcelo’s work. Beyond that, he has also been remixed by a whole host of big-name artists including Alex Arnout, El Mundo & Satori, Cosmic Boys, DoC and more. www.marcelodemarco.com