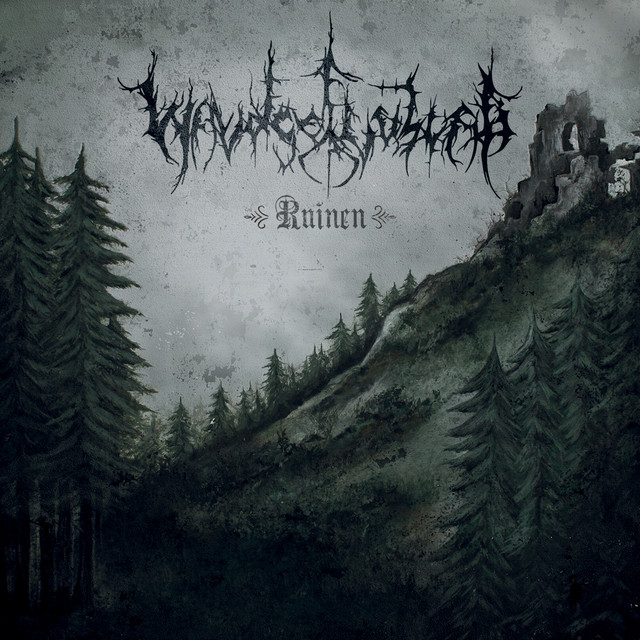 Waldgeflüster: Black Metal – Emotional, Profound, Nature-Bound… Waldgeflüster shows an individual mix of melancholic and nature-bound topics. The project, which was founded in autumn 2005, renders homage to Black Metal and its complexity with every note and every word of the lyrical songs. The first demo „Stimmen im Wind“ was released in the summer of the following year,

the debut album „Herbstklagen” in February 2009. The sound of Waldgeflüster was able to capture the recondite might of nature by harmonic but also overwhelming melodies, while the lyrics underlined the projected thoughts and feelings and therefore perfected the record. With his brother P. Winterherz created the concept-record ‘Femundsmarka – eine Reise in drei Kapitel‘ in 2011. As of August 2014 Waldgeflüster is no longer a solo-project, but a full band. With joining the Swedish label Nordvis Waldgeflüster released their first split with their brothers Panopticon, shortly followed by the praised album “Ruinen”. 2019 marked the release of their 5th full length "Mondscheinsonaten" In 2021 Waldgeflüster joined the highly acclaimed roster of AOP Records, which will take care of the future endeavors of the band. The year will also the release of their 6th full length record called "Dahoam". It will be the mental follow up to "Femundsmarka" and deal with the different aspects of home.