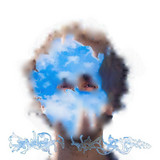 Secretive newcomer Dylan Henner offers little in the way of biographical information. He does note that he plays tuned percussion, cello, and analogue synthesisers to create his hypnotic, minimalist ambient music. He also works as a photographer's assistant, and in his work travels acts as a hobbyist field-recordist, using these recordings as a conceptual backbone for his own music. His debut release - EP A Reason For Living - was released by Phantom Limb in February 2019, and Stormbird Brother In The Dusk followed in September 2019. Dylan Henner's debut album The Invention of the Human was released August 2020 on AD93.