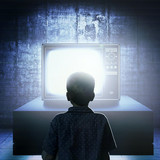 Soul Secret are an Italian progressive metal band based in Naples. After a long time playing together, they hit the market in 2008 with their debut album "Flowing Portraits", published by ProgRock Records and with Mark Basile (DGM) as guest singer on the whole album. This album was highly praised by the critics and let them play on stage together with bands like Pendragon, Vanden Plas and Subsignal. After three years the band published "Closer To Daylight" under Galileo Records, a heavier album featuring Marco Sfogli (James Labrie Band) on "River's Edge" and Arno Menses on the acclaimed 16+ minutes suite "Aftermath". After playing together again with Subsignal and Vanden Plas, the band decided to change the singer and to start working on a new album. While writing it, they played together with Haken and Neal Morse Band. Their third release, called "4", was their first concept album and released on April 10th 2015 (October 4th in USA) by GoldenCore Records and distributed by Zyx Music. Their fourth album, titled "BABEL", was been released by Pride & Joy Music on July 28th 2017 and was previewed at Night Of The Prog XII, opening Mike Portnoy's show. After publishing a single called "Shine Again" to help World Health Organization to fundraise against the Covid-19, the band's fifth album, highly praised by the critics worldwide, is titled "BLUE LIGHT CAGE" and has been released on October 23, 2020 after being postponed because of the pandemic.