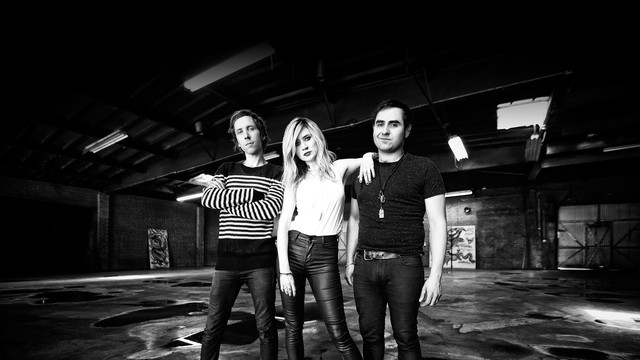 Kansas City, Missouri's Beautiful Bodies are a passionate emo, punk, and hard rock-influenced trio featuring vocalist Alicia Solombrino, guitarist Thomas Becker, and bassist Luis Arana. Although Solombrino struck up a friendship with Becker at an art opening around 2010, the members of Beautiful Bodies initially developed their sound by sending tracks to each other via e-mail, while Becker, a Harvard-trained civil rights lawyer, was living in Bolivia, working to sue the country's former president for civil rights violations. Once Becker moved back to Kansas City, Beautiful Bodies began playing shows and quickly developed a loyal following. The group further expanded its profile after its song "You're a Risk" was picked by local radio stations, and later received airplay across the Midwest. In 2013, a first-place win in the Ernie Ball Battle of the Bands in Los Angeles earned them several slots on the Vans Warped Tour. The following year, they signed a recording contract with Epitaph. In 2015, they released their debut full-length album, Battles, featuring production from John Feldmann (Panic! At the Disco, the Used, 5 Seconds of Summer). ~ Matt Collar, Rovi