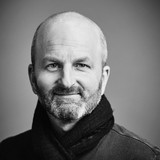 Andreas Weidinger is an award-winning composer, producer, conductor and author of music for film and television. He is a member of the German Television Academy and the Academy of German Music Authors. His recent credits include the fantasy movie "Die Wolf-Gäng" with director and long time collaborator Tim Trageser and the highly acclaimed „Charlotte Link - Im Tal des Fuchses“ with director Till Frantzen. Besides music for films he has composed classical contemporary orchestral and chamber music works and is currently working on his first solo album. His book on film-music, which has become the new standard text for film composition in German speaking Europe will most likely see a re-issue in 2021. Although being a multi-instrumentalist himself he loves working with live musicians and has worked with such artists as Oboe virtuoso Stefan Schilli, Chinese Cheng player Wu-Wei and members of the Bavarian Radio Symphony Orchestra. He doesn't drink red wine, loves watching soccer while listening to Gustav Mahler and spends most of his time thinking about music and story-telling. Always searching for the hidden keys to the audience's hearts and minds.