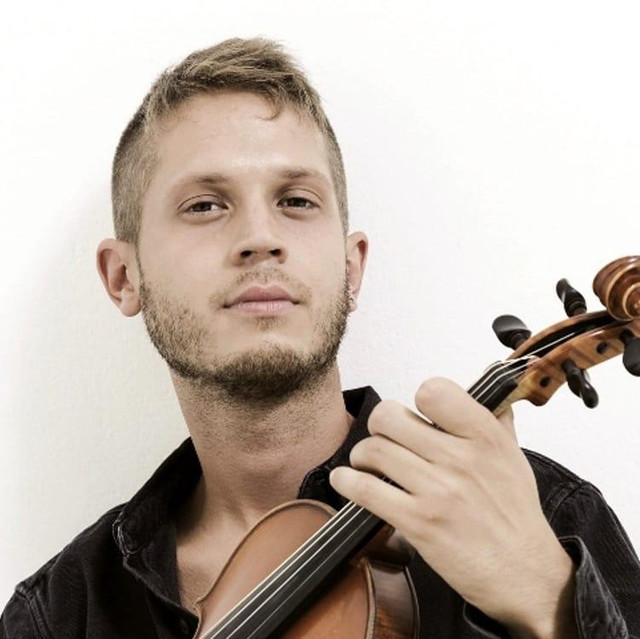 Federico Mecozzi was born in Rimini in 1992. He developed a precocious inclination for music: at the age of six he started playing the guitar and writing songs. When he was twelve he undertook the academic studies at the Istituto Musicale ‘G. Lettimi’ in Rimini, where he studied the violin under the guidance of Domenico Colaci. Some years later he studied orchestra conducting, guided by Gianluca Gardini, and took part in master classes given by Piero Bellugi. Federico has engaged for years in composition and arrangement of pop, contemporary classical and minimalist music. Furthermore, he interprets folk and Celtic music (form Breton, Irish and Scottish tradition). As a violinist and multi-instrumentalist, since 2009 he has been collaborating with the famous Italian pianist and composer Ludovico Einaudi, both in live concerts in the most prestigious theaters and arenas of the world and in studio recordings as a musician and musical assistant. He has also worked with other other important names of the music scene, such as Pacifico, Angelo Branduardi, Blonde Redhead, Remo Anzovino, Filippo Graziani, Andrea Mingardi, I Ministri In the last two years, he has simultaneously worked on his first solo album ‘Awakening’ (as a violinist, composer, multi-instrumentalist), released on January 25, 2019. In February 2019 he participated in the 69th Sanremo Festival as conductor for singer-songwriter Enrico Nigiotti, with the song ‘Nonno Hollywood’ (he edited the orchestral arrangement).