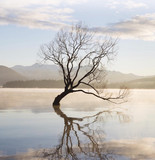 Crystal Grooms Mangano is a Los Angeles based composer and music supervisor working across all media. Crystal is originally from Casper, Wyoming and graduated from Montana State University in Bozeman, Montana before moving to LA in 2006. Her scores can be heard in many films including the Duplass Brothers’ feature documentary Asperger's Are Us (Original Score) for which she was nominated for a Hollywood Music in Media award among fellow documentary nominees Mark Adler Nick Cave, Warren Ellis, Trent Reznor, Atticus Ross, Gustavo Santoalalla, and Mogwai.   In 2017 she released her first independent album, Interrupted Dreams, an experimental instrumental album based on dreams. Her second album, Conscious Machines , follows in its footsteps, exploring themes of consciousness and thought. Parallels, released in June of 2020, is a short album of instrumentals inspired by Crystal's experiences during the early stages of the COVID-19 pandemic.  Most recently, her score for the film "No Escape" was released September 2020. For more information, please visit: www.groomsymusic.com