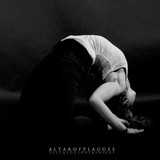 Blending the suffocating blasts of black metal with post-metal atmospherics, Altar of Plagues expand some already extreme genres into new territories. Based out of Cork, Ireland, the band strikes a fine balance between the two genres, adding quieter, more open moments to its songs to break up the smothering assaults of blastbeats and brittle guitars. The Irish quartet made its full-length debut in 2009 with White Tomb, released on Profound Lore. The following year the band signed to Candlelight Records before bringing its bleak sound to the U.S. with a four-week tour. In 2011, Altar of Plagues released their second full-length, the sprawling and more experimental Mammal. ~ Gregory Heaney, Rovi