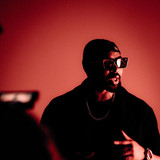 For South African born, Canberra hip-hop artist KG, his craft isn’t just about making music that pops, it is much larger than this immediate effect. With his inspired rhymes and impassioned delivery, KG is speaking up for those in his community who cannot. KG’s connection with his African heritage and culture has always remained strong through his music. His father, who was a freedom fighter alongside Nelson Mandela, passed down this sense of justice and drive in pushing for social equality and awareness of the issues that face young people in particular. When it comes to KG as an artist, his status and reputation as one of the east coast’s most formidable hip hop talents has long been set. With hundreds of live shows under his belt, notable performances alongside artists including Lupe Fiasco, Black Milk and Ice Cube and the support from the likes of MTV, Triple J Unearthed, Triple J, and Spotify, KG’s grind has not gone unnoticed. Generating discussion and momentum surrounding his 2018 singles ‘Black Boy’ and ‘Mabo Martin Mandela’, KG finished 2019 releasing a new collection of music that presents a defined image of a hip-hop artist doing things his own way - the Doin’ Me EP. Having already established a strong reputation for himself as an emerging name to watch on stages, including Groovin’ The Moo and the Spilt Milk festival, as well as festivals in Africa, it has become inevitable that KG’s scope for exposure and success has broadened.