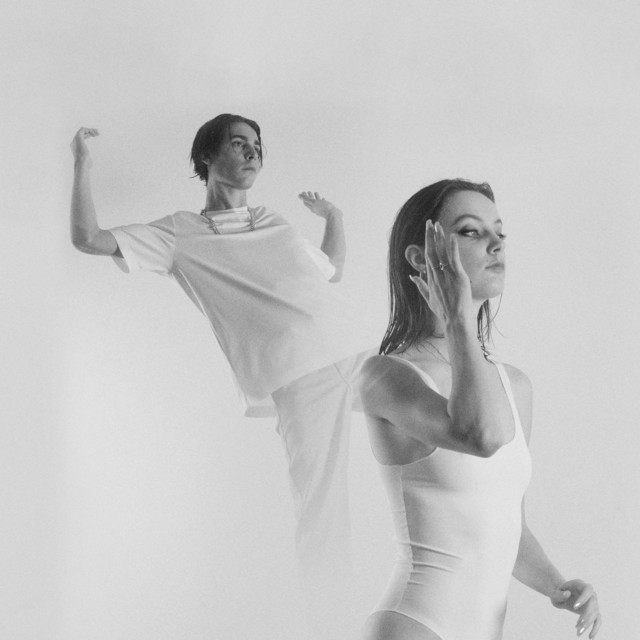 Vickie Chérie and Leo Bear Creek, aka The Pirouettes, need no introduction. They have had two albums come out, namely Carrément Carrément (2016), and Monopolis (2018). They have constantly been touring through France -where they reached a climax at La Cigale and at L'Olympia, both houses they brought down- as well as abroad. They also collaborated with many other artists. The pair is currently one of the most remarkable and endearing embodiments of today's French pop music. At the root of their love affair with the public, there is their own love story, that started with a song, and from then on, was continuously staged, at times disguised, at times bared. The couple today lives a separate life, but still they farther play that subtle game with intimity, while carefully avoiding exhibitionism ; by telling us about their joys and sorrows, The Pirouettes tell us of no other than ourselves. This, the fans in growing numbers surely know, and the bonds that unit the two young artists with their followers bear witness of it. With « San Diego », and « Pli du cœur », two excerpts of a new album due next fall, Vickie and Leo take distance, and go visiting other shores : amidst raving wanderings and wistful road trips, The Pirouettes lose themselves only to meet again. Those tracks sound like confession songs, and evoke loneliness and the fragility of relationships. The duet persists in its will to fool the expectations or the obvious, without ever giving up pop music immediacy.