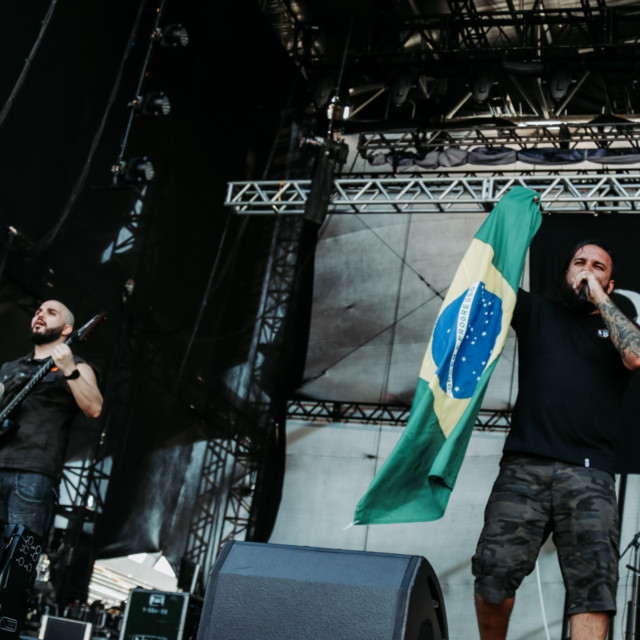 Reckoning Hour are a Brazilian metalcore band from Rio de Janeiro. The band has released two full-length albums (Between Death and Courage (2016; Famined Records) and Beyond Conviction (2020; Seek And Strike Records). Reckoning Hour stands out as one of the main metal bands of the new Brazilian generation, participating in the most varied festivals in the country such as Hell in Rio, Maniacs Metal Meeting, Roquealize-se and being the national tour representative as open act for bands like Killswitch Engage, As I Lay Dying, In Flames, Dream Theater, Children of Bodom, Suicide Silence, The Black Dahlia Murder, Septic Flesh, Fleshgod Apocalypse, playing as well with several other bands from the Brazilian scene.