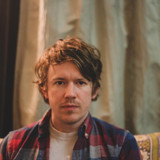 Adam Remnant came up over the last decade fronting the folk-rock band Southeast Engine. As the principal singer and songwriter of the band, Remnant and his bandmates garnered critical acclaim from numerous publications while extensively touring across North America building a following. As Southeast Engine wound down, Remnant began plotting his way forward as a solo artist. He assembled a little studio in his basement and earnestly began writing & recording the songs that comprise the 2016 EP, When I Was a Boy, and the 2018 LP, Sourwood. Remnant’s signature baritone voice and literary songwriting act as the focal point in the productions spanning between folk, rock, and indie sounds mined from a Midwest basement. Located in the foothills of the Appalachian mountains, Remnant pursues his musical visions while tending to daily matters in the southeast Ohio town of Athens, Ohio. The songs of Sourwood were birthed in that intersection of youth and adulthood where dreams and realities confront one another.

The songs detail the desire to find potential opportunities beyond the horizon while feeling the gravity of home. The album drifts back and forth between those push & pull forces of home and travel as one might drift between a waking and dream state. Somewhere between those two states is a place called Sourwood.