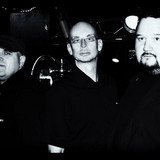 Melodic Body Electro – that's what reADJUST calls their music and this name hits the mark. Great melodies combine with elements of EBM and Dark Electro, with a touch of minimalism. Melded with slightly distorted vocals and snappy lyrics, it creates a unique mixture. reADJUST can count on a solid and loyal fanbase, after establishing themselves into the scene with hard work and an unbreakable intention to succeed. They have worked with different bands (i.e. Leæther Strip, Amnistia, Nachtmahr, Supreme Court, Centhron, TraKKtor, C-Lekktor, Die Braut, Incubite) which has helped to increase theis visiblity and fame. 15 Releases have been set up so far and songs from all of them have found their way onto the set lists of DJs all over the world. With the new Single “Gassenhauer” from the forthcoming Album “Subject Zero”, are the next two release waiting for their way the the listeners ears. reADJUST are also has a powerful stage presence and communicate the joy they feel doing what they love to the audience. They have had the honour of sharing the stage with bands like Combichrist, Agonoize, Spetsnaz, SITD, Project Pitchfork, Klutæ, Noisuf-X, Centhron, Stahlmann, and Psyche i.e. 17 years in, they are still so full of energy and creativity that the thought never occurs to them to stop making music... reADJUST will continue going their way and getting better with every single track. They remain faithful to their plan: WE WANT TO PROCEED!