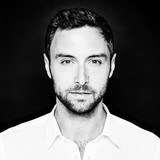 Måns Zelmerlöw drops new single ”Come Over Love” Just a month ago, one of the hardest working names in the music business, Måns Zelmerlöw, released ‘Circles and Squares’ - an official song for the Figure Skating World Championships together with the Russian artist Polina Gagarina. Now he’s back with a brand new single ‘Come Over Love’, which is a continued collaboration between him and some of the hottest names in the UK such as J.C Stewart, Sam Merrifield & Ryan McCullen - who apart from working with Måns on his previous album ‘TIME’ had big input in recent hit singles for artist such as Lewis Capaldi, Cheat Codes, Au / Ra, HRVY, JP Cooper and Astrid S - just to name a few.

JC Stewart himself is also one of Warner Music’s latest signings with his own artist career on rise. The new single ‘Come Over Love’ is produced by Mod Denebi and Sam Merrifield.