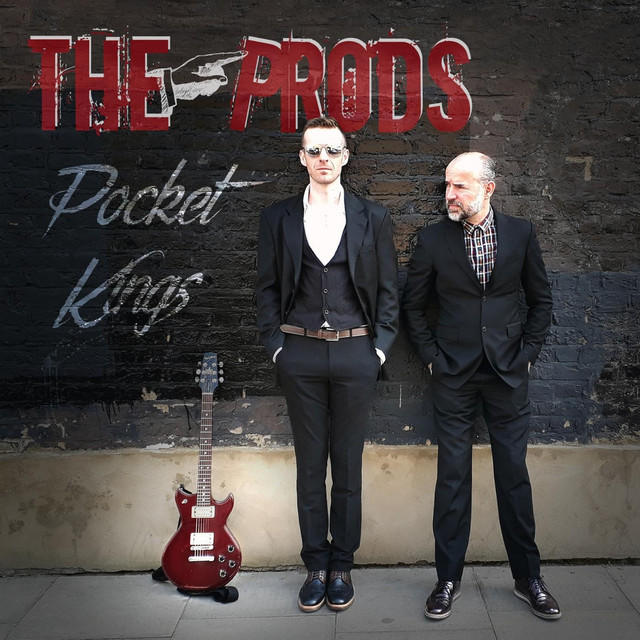 The Prods ...were formed by Gareth Davies (guitar) and Jerome Wright (vocals), after a doomed motorcycle tour of Europe. This ambitious adventure came to an abrupt end when their 1956 “Road Rocket” blew up near Bremen and they were hauled to safety by a mysterious shamanic punk named Thomas Jeggle. The lads offered their gratitude by penning Thomas a song “Deprived of my Freedom”(https://spoti.fi/2ycOb4L). This catchy number, their first song together, was like an aural equivalent of a poke in the ribs, and so “The Prods” was born. Since then they’ve bashed out a trailer-load of toe-tappers, crammed them onto their debut album “Pocket Kings”, set the mastering studio on fire (no, really), and recruited two innocent bystanders to help bring the show to life. Enter Rick Romero (The Zods, Possessed of Zest) with his fur gilet and throbbing bass, and Andy Thompson (Idiot Son) and his mirror-skinned drum kit (so he can dig himself whilst playing), and suddenly they’re a real-life band offering up punk-infused rock 'n' roll songs of love, strangely charismatic psychos, low-brow TV presenters, unreliable motorcycles, booze, and amateur darts players. And dissolute cheap fag smokers. Oh, and dying at Christmas. Something for everyone!