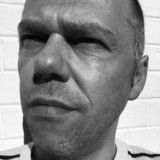 Maxxx was born in 1979 in Mulhouse. It is in 1998 that Max bought his first two decks MK2 and his first mixing desk.He started playing Acid style and continued on Trance.He's currently focus on a Techno style which is appropriate to himself, because he produces his own samples and musics.His typical style and his love for the electronic music will surprise you.

Every set is an escape in his own world. His sets got always something special, it is a musical delight for each mood, moment and atmosphere.Maxxx is just as comfortable behind the decks as behind his machines and buttons to play Live performer. Dj Set or Live Set Maxxx is versatile.Having spent more than 2 years within an association of events which was called O'zone, based in Alsace / France in 2003.Maxxx took the decision to strike out on his own and created in June, 2006 his own association called 68 DECIBEL, based in Alsace / France.The aim of 68 DECIBEL was the organization of musical events, "open air" "themes parties", meetings, music festivals, Festival Atmosferik, Radio.In France, Switzerland, Germany, etc...(See Flyer).