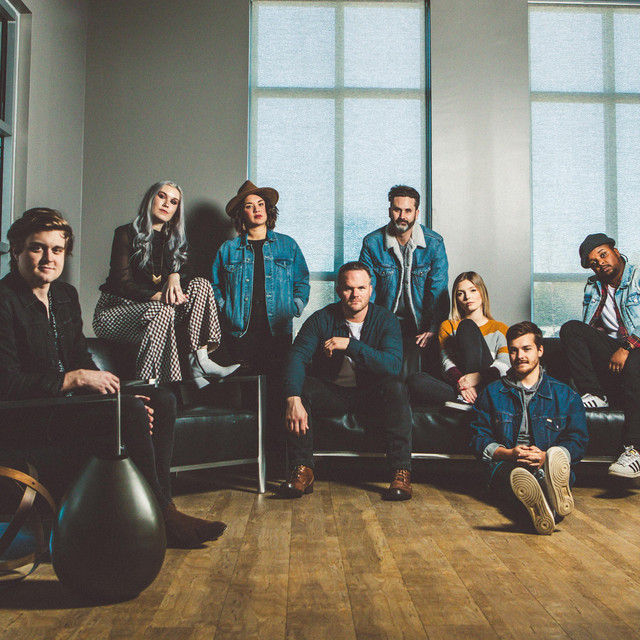 North Point Worship is a musical expression of worship from North Point Ministries 6 churches in Atlanta, GA. The group originally formed out of the church’s high school ministry, InsideOut, purposing to help give students everyday language to express their gratitude, dependence, and reverence for their Heavenly Father who loves them. In addition, they write with the hope that every person who hears their music will be encouraged to follow Jesus more wholeheartedly, and that those who feel far from God will personally experience the nearness of His grace. With the widespread popularity of their song “Death Was Arrested”, North Point Worship signed with Centricity Music in 2016. Soon after, they released “Nothing Ordinary—Live” in 2017, a self-titled EP, and the Christmas project “Ring the Bells”. In 2018, the band’s music was streamed 57.6 million times worldwide on all platforms, even earning placement on Spotify’s mainstream playlist, New Music Friday. This significant growth marks a new opportunity for the group to serve beyond their local church and to make an impact globally, with the desire to see as many people as possible encounter the life-changing Gospel of Jesus. North Point Worship released the Abundantly More EP in 2019 and Find A Reason in September 2020, an album of 8 songs from the year. The band recently recorded a LIVE EP at Decatur City Church and the first song on this EP released October 23, 2020 with more to come in 2021!