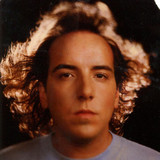 Sean Na Na is the guitar pop project of Sean Tillmann (who also performs as Har Mar Superstar). The project started as a solo outlet for Tillmann's songs that did not quite fit with his noise band Calvin Krime. Since then, Sean Na Na has evolved into a full band with a rotating cast of characters from all over the musical map. Tillmann's debut single under the moniker of Sean Na Na was "Two of the Same Name," released in 1998. In early 2000, Kill Rock Stars released a split EP with Mary Lou Lord & full-length debut album "Dance 'Til Your Baby Is a Man" followed. He released "My Majesty" in 2002.