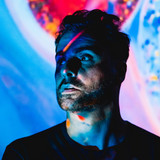 Liverpool-based tech house producer Yousef Zaher (aka Yousef) has been honing his craft since the '90s, going from a globally touring DJ -- including residencies in Ibiza -- to an innovative producer, event organizer, and record label owner. His early releases, such as "Spooky Action," were highly effective yet functional dance tracks. He eventually began incorporating elements of deep house before taking on autobiographical concepts for his full-length releases; although still dancefloor-oriented, his 2009 debut charted a course through his influences, while later albums included vocals and more specific snapshots of his life, like taking a look at his early years on his 2019 album, 9 Moor Drive. First introduced to music by his older brother's collection of hip-hop, acid house, and electro, he caught the music bug in no time and was almost immediately interested in becoming a DJ. He learned the basics in his bedroom, but it wasn't long before he was craving club sets. After a brief foray in the band 10,000 BC alongside a young Paul Woolford, he began the necessary wrangling of promoters and DJs in the hopes of landing club sets, eventually getting a foot in the door at Cream, where he quickly rose through the ranks to get a residency while picking up the intricacies of DJ'ing to a live audience. His big break came in 1998 when he won Muzik Mag's Bedroom Bedlam competition; global opportunities, including sets in Ibiza, followed. With his newfound recognition, he set up his own club night, Circus, where he would invite big names to play at Cream before he would close out the night with a three-deck setup. He first stepped into the world of production in 2001 with the release of his debut EP, The Drumbums, which he put together with Steve Mac and released on Disfunktional Recordings. Unfortunately, Cream shut down in 2002, forcing Zaher to find a new home for Circus. His reputation in Ibiza continued to grow with residencies at Carl Cox's Revolution and DC10's Circo Loco, persuading him to move there temporarily while looking for a new venue in Liverpool. He found what he was looking for in Bramley Moore Dock in 2005. His producer credits also began to grow with the release of a mixtape in 2005, Friends: A Collaboration of Beats, on Carioca Records and 2006's Spooky/The Approach on Cr2 Records. Aiming to release even more material, Zaher set up his own label, Circus, christening it with "Equilibrium/Wig" in 2008 before releasing his official debut album, 2009's A Collection of Scars and Situations; Circus would go on to release several high-profile artists including Carl Cox, Green Velvet, Sven Vath, Four Tet, and Nick Curly. Zaher hit a benchmark with Circus in 2010, when he hosted BBC Radio One for the 500th edition of their Essential Mix series before closing out the year with the release of Walking on Eggshells on Harthouse Mannheim. His second full-length album, A Product of Your Environment, dropped in 2012 and saw him veer away from his previous work: it included vocals to help convey the autobiographical nature of the record. That same year he hosted a weekly radio show, 21st Century House Music, which gave him a platform to share up-and-coming artists and showcase the different angles his sets would take depending on where in the world they were performed. Zaher's debut release with BPitch Control, 2015's To Be Remembered EP, arrived shortly before his third album, In the Process of Eight. By this point, his club night had grown considerably, spreading to clubs in London, Barcelona, Manchester, and Serbia. The next few years saw Zaher release some label debuts, including 2017's Vanity on Crosstown Rebels and 2018's Nothing to Fear on Moon Harbour Recordings. His fourth, and most conceptually specific album, 2019's 9 Moor Drive, focused on his early years growing up in Liverpool, tackling the hardships he faced back then and how they led to his future career. ~ Liam Martin, Rovi