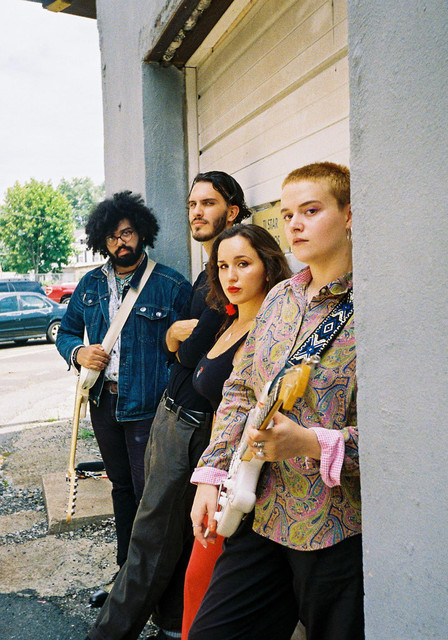 Tula Vera have solidified themselves as one of the most exciting bands in the New Jersey underground. Over the last half-decade, the four-piece rock band have been playing relentlessly across the tristate area. From the depths of New Brunswick’s basement circuit to the bright lights of Brooklyn’s most alluring clubs, Tula Vera unleash their raw and vintage style genre-bending craft.   The band was founded by songwriters Claire Parcells and Dylan Drummond in 2015. They were promptly joined by Joe Jansen (Bass) and Margaret Marino (drums) a year later, to form a tight and formidable rhythm section. Together, they would perform countless shows to countless fans from as far south as Nashville to all the way up north in Albany. They’re most recent release was their sophomore album, “Again and Again...” released in 2020.