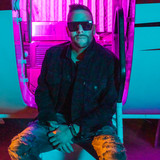 After over a decade in the music business known as the guitarist and backing vocalist of rock band State of Shock, Kadooh took things in a whole new direction, crossing over to country and stepping into the spotlight for the first time as a solo artist. Growing up in small-town Alberta, Kadooh's musical influences were heavy in the country realm, with the likes of Charley Pride and Conway Twitty, leading the would-be guitarist to pour over records by Garth Brooks, John Michael Montgomery, and Brooks & Dunn. In 2018, Kadooh won his very first country music award earning the Ray McAuley Horizon Award at the BC Country Music Association Awards (BCCMA’s). In 2019 he released his debut Self Titled EP and 3 singles, the winning streak continued at the 2019 BCCMA’s when he took home the award for Video of the Year for "Somethin' to Roll On". Now, Kadooh is preparing his next releases in 2021, with the help of long-time friends, Chad Kroeger (Nickelback) and Jeff Johnson. Youtube: https://www.youtube.com/c/kadooh/