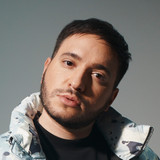 Jonas Blue’s career has been felt the world over with singles like ‘Fast Car’, ‘Perfect Strangers’ ‘Rise, ‘Mama’ & ‘Polaroid’ collectively having been certified platinum over 120 times around the globe. With over 13 billion global streams and over 60 million singles sales to date, Jonas has cemented his name as a main stage DJ and pop powerhouse. 2018 was a landmark year. He released ‘Rise’ featuring Jack & Jack, which was one of the summer’s biggest global hits and owned the autumn with ‘Polaroid’ - his highly-anticipated collab with Liam Payne and Lennon Stella. The success of both hits was sandwiched between ‘Back & Forth’ with Becky Hill and Detroit house legend, MK. Debut album 'Blue' soon followed, the recipient of the Brit Certified Breakthrough Award and later gold status. Jonas has made his mark on Ibiza, having performed at hotspots Ushuaia, Cafe Mambo and has successfully hosted his Electronic Nature residency at superclub Hï Ibiza.

As we see a return to live performances in 2021, Jonas will be joining Tiesto and Zedd as a resident DJ at Zouk in Las Vegas. He opened 2021 with ‘Something Stupid’ featuring AWA and 'Hear Me Say' with LEON,