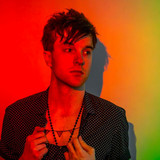 Hailing from Ireland, Bry O Reilly is a singer/songwriter known for his pop-infused indie rock songs and D.I.Y. approach. In 2016, Bry temporarily relocated to Los Angeles to work with producer Greg Wells (Katy Perry, Twenty One Pilots) on his debut full-length effort. The eponymous record was released in late 2016, and was led by the singles "Don’t Go Alone" and "Disarm". Bry opened for Twenty One Pilots on their European arena tour in late 2016, and returned to Europe the following yer for two sold out headline tours. Now, after a lengthy break, Bry is back with new single 'Why Are You Bothering With Me?', a song dedicated to his loyal audience of eight years.