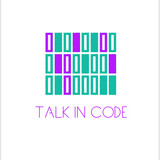 The name Talk In Code is derived form the idea that everyone relates to music differently. Pushing beyond their indie pop boundaries, it's no surprise the band have been described as 'genre-blurring'! Hailing from the heart of the South West (UK), the quartet have firmly established themselves as a force - whipping up a storm of press and radio support including Q Music and BBC Introducing networks. This exposure has been bolstered by an impressive crop of live shows across the country appearing with Years & Years, Scouting For Girls, Go West and Marc Almond to name a few. Whilst having their favourite artists, the band cites more individual songs as their influence - extracting elements from classic disco to 80's pop to modern day chart toppers! Comparisons have been made to The 1975, Daft Punk, U2, Coldplay and The Killers.....you decide.