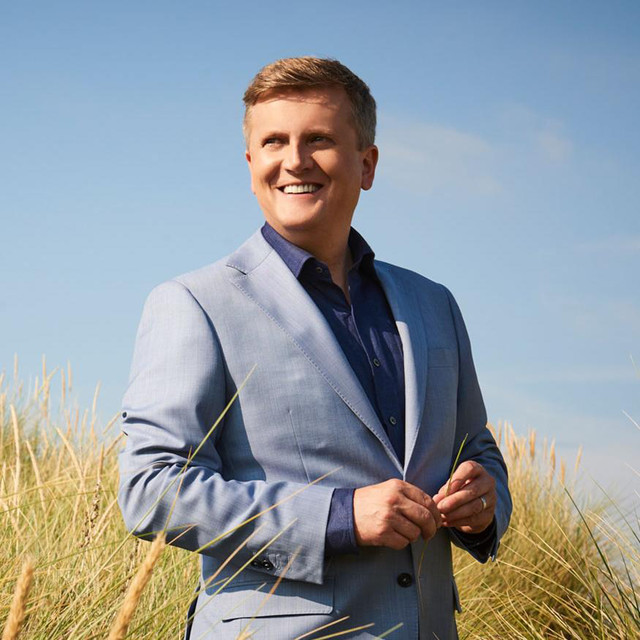 Known as a vocalist who -- for the most part -- specialized in religious and inspirational works, Aled Jones (born December 29, 1970 in Bangor, Wales) was also a familiar voice on U.K. classical radio as well as a contestant on a ballroom dancing competition reality show. Signed to a recording contract before his teens, Jones was best known -- at least in the first part of his career -- for his version of "Walking in the Air" from the 1982 animated film The Snowman. Shortly thereafter, at the age of 16, Jones' career took a bit of a tumble when his voice changed and deepened. After studying at the Royal Academy of Music, he was back on-stage in 1995 in Joseph and the Amazing Technicolor Dreamcoat, and by the first few years of the 21st century, Jones had become a regular presenter on U.K. classical radio, both on Classic FM and eventually BBC Radio. In 2004 he released an album of holiday tunes, The Christmas Album, followed in 2005 by his full-length New Horizons. The year 2004 also saw Jones compete on the BBC's Strictly Come Dancing, exposing him to wider audiences. A greatest-hits compilation came out in 2006, featuring a duet with his younger self on his famous version of "Walking in the Air." October 2007 saw the release of his next record, Reason to Believe, which featured a number of duets with other artists (including Welsh pop singer Cerys Matthews of Catatonia fame) and cracked the U.K. Top 20, peaking at number 15. In 2008 Jones returned to the theater, playing the lead roles in Chitty Chitty Bang Bang and White Christmas, the former leading to his West End debut in 2014. The singer also went on to publish two books, 2009's Aled's Forty Favourite Hymns and 2010's Favourite Christmas Carols.

A number of best-of collections appeared in the years that followed before he went on to release the albums Forever in 2011 and The Heart of It All in 2015, the latter revisiting his Welsh folk roots. He followed up with One Voice in 2016, a record that featured Jones duetting with his younger self -- a result of the discovery of an old unreleased recording of the singer in his teenage years at his parents' home. Jones returned at the end of 2016 with the festive follow-up One Voice at Christmas, which saw him duetting with the late Sir Terry Wogan and once again with his 13-year-old self. Jones completed his One Voice trilogy with Believe in 2017. The album once again saw him singing in duet with his younger self on a selection of classical standards, and also duetting with his son Lucas on record for the first time. ~ Chris True & Rob Wacey, Rovi