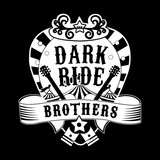 Dark Ride Brothers are a Finnish-German band founded in 2014 that stands for a refreshingly different sound and rousing fireworks of rock/pop music equipped with an extra load of country.

Dark Ride Brothers take their audiences on adventurous road trips every time the show begins. Their music creates a sense of togetherness that cannot be put into words, which is why their fans perceive themselves as part of a big Dark Ride Family. An ever-growing number of music enthusiasts are discovering the crazy guys from the North and their barnstorming songs. The Dark Ride Brothers were founded by Sven Langbein and Vesa Winberg. Their common journey started with two acoustic guitars, and it has been full steam ahead ever since. By now, the band has played numerous gigs on a broad variety of stages, from tiny bars to major events and festivals. With every concert, the Dark Ride Family grows bigger, and on social media the band is constantly engaging with their fan base and entertaining thousands of Dark Riders around the globe with their updates every day. The Dark Ride Brothers have been garnering hundreds of thousands of plays on streaming services such as Spotify, and new songs are already waiting for their release. In April 2019, their eagerly anticipated debut album "Reloaded" will be released, and in