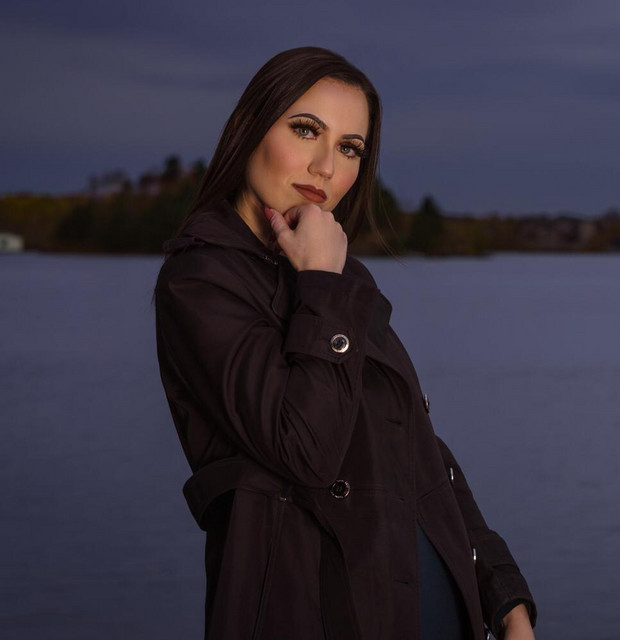 Ashley Woodruff is a recording artist of the pop and adult contemporary genres, based out of Sudbury, Ontario. She developed a passion for singing and writing songs from a very early age, and began taking vocal lessons when she was 11. She also gained experience in performing through recitals, and school talent shows.   When Ashley was a teenager, she attended Sudbury Secondary School as a vocal music major. She also started competing in the Kiwanis Music Festival, and releasing song covers online. All of the positive feedback was the fuel needed, to eventually write and release her own songs.   After high school, she gained even more stage experience through performing in Sudbury, as well as different cities. Along with this, Ashley later started writing and recording her self-titled debut album, which was released November 2017.   Melissa Wiseman from Canadian Beats states, "The album is worth giving a listen to. Given that this was a debut album, I look forward to seeing what else Ashley Woodruff has planned for the future".   In December 2018, Ashley released a Christmas EP titled, "A Gift For You". It was also recognized by Canadian Beats, as it appeared on their list of Holiday releases.   She released three singles in 2019. In the review for "Clarity", Buzz Music describes Ashley as "the complete package as a solo artist".  Ashley’s latest release is her 2020 album, “Distanced”.