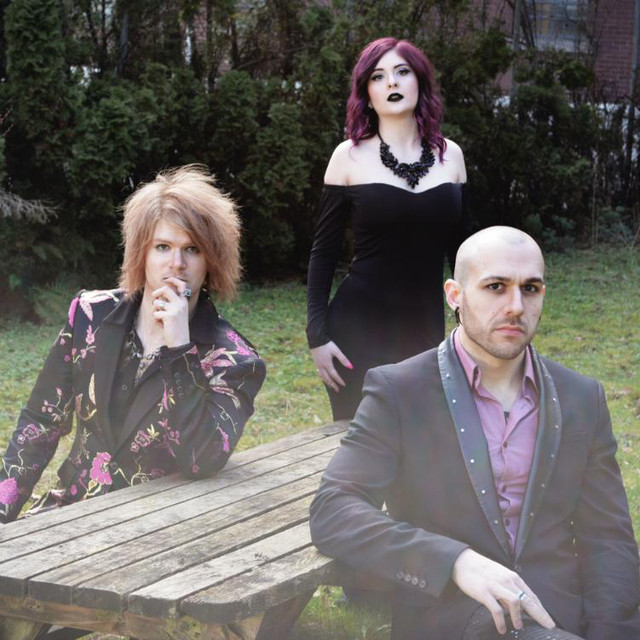 Stands on Sapphires is an independent, fashion-forward hard rock band made up of 3 long-time best friends. They pride themselves on their completely self-made music, as they do everything themselves with no backing, labels, or PR. The trio’s sound is inspired by 80’s Legends like the bands ExtremeVan Halen and Meat Loaf Modern Day Masters such as SkilletShinedown and In This Moment as well as Japanese Rock Icons like ONE OK ROCKMY FIRST STORY and Survive Said The Prophet. The decision to make their own music came after years of playing covers for fun. In Late 2019, they had the overwhelming feeling they needed to do more with their music. They bought everything they needed to record their own songs at home and got hard to work learning how to mix, master, and market their own works. Though they are based in Vancouver, BC, they do not consider themselves a “Vancouver Band” as they believe music is a global experience. They are incredibly fan-focused, putting their fans, referred to as “Gems”, front and center of their musical endeavors. They believe that being a musician should go far beyond just making music. Stands on Sapphires released their debut album titled “BLOOM” in late 2020 with another album planned for release in fall 2021. They plan to continue making songs that speak to the human condition, rising above the worst of times, and inspiration to live for something greater. The members consist of Bethany Rose, Vocals, Trevor Isaac, Guitar, and Wade Britz, Bass.