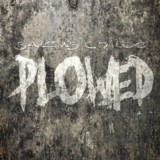 Hot on the heels of the release of 2020’s “The Sin That Saves You” via Pavement Entertainment, Salem’s Childe is roaring into 2021 with the force of a major storm. Releasing an album during a pandemic meant that touring and playing shows to support it couldn’t happen, but the band found other ways to keep working and moving forward, from shooting and releasing multiple music videos and short “making of the record” videos to starting the writing and demoing process on new music for their next release. They also took the opportunity to hit the studio and record their take on a 90’s classic, Sponge’s “Plowed”. “We’ve been playing ‘Plowed’ in our set for a while now,” says guitarist Rob Salem. “It’s one of those iconic songs that everyone knows and is fun to play. We thought it’d be fun to take it in the studio and give it our own spin. It can be tough to do a cover justice—everything that makes the song great is in the original, and it was important to us not to take away from or lose the integrity of the original tune while finding a way to still make it ours. So we beefed it up a little and made small changes that we hope carry the spirit of the original while giving it a fresh take. It’s really an homage to a time and sound that is part of our musical roots. And of course, it’s topically relevant, which speaks to the timelessness of the song itself.”