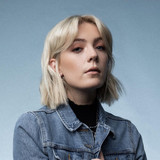 For Los Angeles based Em Rossi, an extraordinary singer, a natural-born story-teller, the middle is the beginning, a means to an end. Five years on, Rossi has come to terms with her past, "After going through the loss of my dad, I feel like I've lived a lifetime of emotions. I've now been able to release those ties and create the new world I live in now. Basically...I feel happy again."  Living in the present with eyes fully focused on the future is a formidable force. With 6.5 million views on YouTube and over 1 million followers on Smule, the #1 singing app for which she’s one of the top Partner Artists, she has cultivated a loyal worldwide fan base that has helped her rise to #1 on the Trending charts in over a dozen countries (from Australia to Canada to France and Italy).  Her new chapter begins with the single "Got This Feeling,” a confident proclamation of someone with arms wide open. With shades of Troye Sivan, Dua Lipa, and Adele, it's a captivating alt-pop sound that’s percolated in her head for years as she's come into herself and represents the first in a series of singles to be released in the coming months. Fashioning a new path means following one’s heart, knowing that anything is possible. Em Rossi is paving her own path in music.