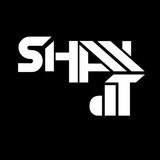 Hailing from small town in Israel, Shay dT is at his top , spanning a long career blending house, tribal beats, afro-house, acid and disco. His signature sound is always groovy, spicy and sexy house music. His tracks are a rich and tasteful blend of various influences, including tribal house, new wave, and other forms of electronic music. This melange of sounds is incredibly well-orchestrated, yet the core of the song hides a simple, direct flow that makes it so refreshing and easy to relate to. The best music happens to be unpretentious and personal, and this is definitely what Shay dT managed to accomplish with his productions. He is more than your average producer: in fact, he has accomplished a style that really nobody else out there has! Over the last years, he has been busy releasing fantastic tracks, and each track felt like a fantastic new milestone for the artist, who found a lot of success! With each new release, he managed to conquer the hearts (and ears!) of many new listeners. This is a very creative period for the artist, who actually came back to making music after a rather lengthy period of hiatus from the scene. However, 2020 was actually the year he finally came back, and managed to truly find inspiration, embracing his style of choice and really making the music that he loves to make, as simple as that! Passion is the number one ingredient to success, and this Tribal-House producer definitely has plenty of it!