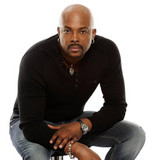 Anselm Douglas is a songwriter, performer, and author who wrote the recognizable Grammy-winning song "Who Let The Dogs Out," among several other Soca and Caribbean hits. He has performed in front of receptive audiences worldwide, including England, Canada, the United States, Israel, Sweden, Antigua, Zimbabwe, and many others. With his Trinidad and Tobago heritage, Douglas has been strongly influenced by calypso, the country's national music. This, coupled with growing up in church and being in the church choir, and performing in his Country's Coast Guard band, exposed him to various musical styles and genres throughout the course of his career. Douglas has had great success as a Calypso/Soca artist and is preparing to make a mark globally with his soon-to-be-released album, which fuzes R&B, Soul, Smooth-Jazz, and Pop. The eleven-track recording features nine songs written by Douglas and two well-known covers. It was produced in 2019 in New York City by renowned Brazilian-American guitarist Sandro Albert, and is scheduled for release late 2021.