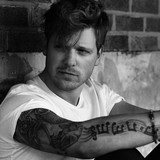 In 2006 Aleksander With won Norwegian Idol and has since then developed into one of Norways most talented young singer-songwriter artists. He is known for his great musicality and unique voice. He has released three albums (Coming Home, Still Awake & Aleksander With) and multiple gold and platinum singles. In 2007 his single «The Other Side» went #1 on the Japanese radio and was voted «Worlds best pop song» which very few Norwegian acts have accomplished. Other hit singles include «Pictures», «Worth It» feat. Lene Marlin, «What's the story», «Satellites» and «Better». He also experienced touring with legends like Steely Dan and Babyface. After writing for others such as Lisa Miskovskys Single «Why Start A Fire», which reached #1 in Sweden and received the «Best Songwriter Award» at «Melodifestivalen», Aleksander released his EP «The Butterfly Effect» in 2015 to great reviews, and the song «All We Ever Do» was heavily rotated on Norwegian radio station P3<br>