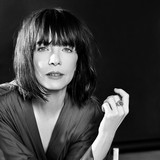 Laura Jansen (1977) is a Dutch American singer songwriter and storyteller. Laura received a platinum record for her debut album Bells and conquered the charts and stages in the Netherlands with songs like Use Somebody and Wicked World. Her follow up record, Elba, took her around the world. Her new songs I Dream, The Island and Modern Love Never Stood A Chance are all part of her album We Saw A Light, produced by legendary songwriter Ed Harcourt and will be released April 16th of this year. After spending three years on the island of Lesvos working within the refugee camps, the album tackles themes such as isolation, displacement and finding your way back from the brink.