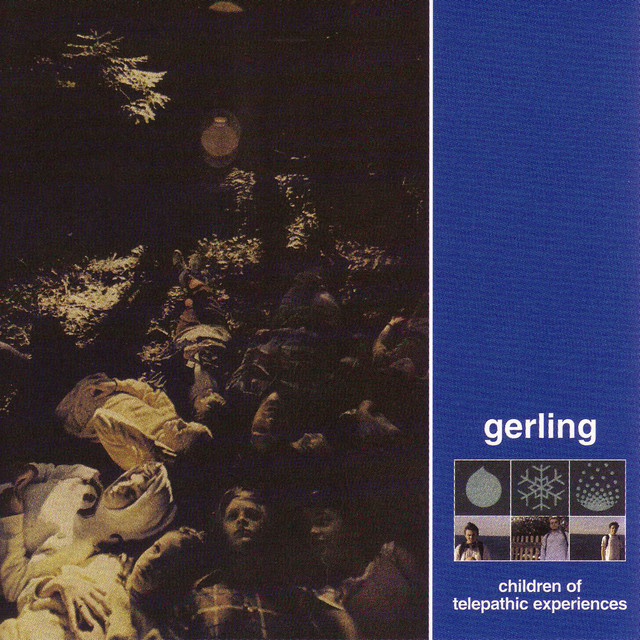 Gerling were an Australian band who spent their career swinging between the poles of garage rock and electronic pop. Their early stage and television appearances as youths wearing backpacks and school uniforms earned them a reputation as playful pop pranksters. Formed in Sydney in 1992, Gerling consisted of Darren Cross and Brad Herdson, both on guitar and vocals, and Paul "Presser" Towner on drums. They began with a strong foundation of guitar pop, recording the single "Sedatives for Dead Radars" and the mini-album A Day of Research, released in 1996 on Fellaheen Records. In 1997 Herdson left to form Sonic Emotion Explosion and his gap was filled at Gerling's performance at the Big Day Out festival by Australia's so-called "pop hobbit," Ben Lee. A permanent replacement arrived in the form of Canadian Burke Reid. Signing to Festival's indie sublabel, Reliant Records, Gerling released their first full-length album, Children of Telepathic Experiences, in 1998. It marked their first excursion into electronic music and the single "Enter Space Capsule" earned airplay in Britain, where it was heard by expatriate pop star Kylie Minogue. She was enamored enough by the song that she agreed to perform vocals on a song they recorded while touring the U.K. That song, "G-House Project," made its way onto their second album, When Young Terrorists Chase the Sun. The album, released in 2001, was delayed when the September 11 attack made its choice of title controversial. In Australia it was released in some stores with a blank cover so that the title would not be visible in the CD racks; overseas it was retitled Head2Cleaner. Other guests included Solex and experimental rapper Kool Keith. Their third album, Bad Blood!!!, released in 2003, was recorded in their own studios, called GERLOG. It marked a turn toward a rockier sound, which saw some tracks being frequently compared to the Strokes by critics. For their fourth full-length album in 2006 -- titled Gerling 4 in a reference to Led Zeppelin's album-naming convention -- they appropriately enough continued their return to guitars for a garage rock sound. After touring in support of Gerling 4, they announced that they were putting the band on indefinite hiatus. However, Darren Cross also announced that he would be beginning his solo DJ/experimental hip-hop project, the E.L.F. ~ Jody Macgregor