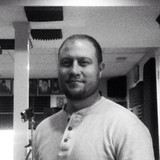 For heights and depths no words can reach, music is the soul's own speech. An independent American artist, Nathan Speir is a pianist and composer who began learning his piano instrument and craft at the age of eight years. Nathan completed his first fully written composition at age twelve and later received a bachelors degree in music theory and composition in 2004 from Palm Beach Atlantic University. During the span of his teenage and college years he spent much time studying and practicing world religions, which ultimately broadened Nathan's creative and personal perspectives. He is currently a BMI artist. Nathan Speir began running his own record label, Neptic Music (LLC), in 2016, and added his own publishing division of Neptic Music in 2017.