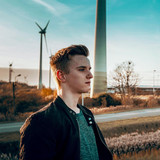 ElementD is a Belgium hardstyle Producer/DJ which has been making and playing music since 2011. His sound can be described as melodic, euphoric and uplifting. In 2016 he released his first hardstyle single together with well known vocalist Micah Martin called Fallin', which gained over 4M plays on Youtube and Spotify already. Since then multiple singles followed which attracted millions of listeners all over the world. His single together with vocalist Chris Linton even was picked up by three big official Spotify playlists. Apart from producing he also loves playing his music live. Last summer he even got the chance to play his first international gig in Riga (Latvia), which only inspired him to keep spreading his music. One of the highlights definitely was seeing Alan Walker supporting his music at Lollapalooza Berlin 2019, dropping his PLAY Remix for 30.000 people inside the Olympiastadion.