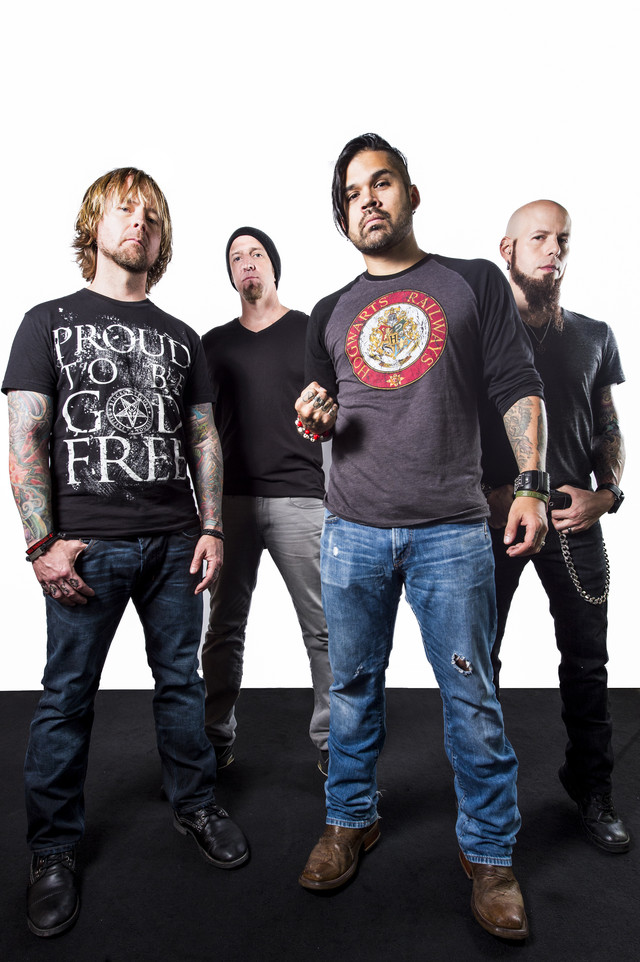 Dallas-based heavy metal group Drowning Pool was one of the most promising bands upon their debut in the early 2000s. The project represented the vision of drummer Mike Luce and guitarist C.J. Pierce, who formed the band after relocating from New Orleans to Dallas and hooking up with bassist Stevie Benton. Although they initially performed as an instrumental trio, their sound coalesced with the arrival of Dave "Stage" Williams as vocalist. Drowning Pool experienced success from the outset. When a copy of their first demo reached members of Sevendust, they were invited to tour with the industrial metal group. Tours with Kittie and (hed) p.e. followed. Their second demo, recorded after two years on the road, reached the Top Ten on Dallas radio station KEGL and led to a contract with the Wind-Up Records label. Produced by Jay Baumgardner (Papa Roach, Godsmack, Coal Chamber), their first album, Sinner: Unlucky 13, became an instant hit. It was certified platinum within six weeks of its release, while their first single, "Bodies," was one of the most frequently aired videos on MTV for a new band. They reached out to an even greater audience with dynamic performances at Wrestlemania XVIII and Ozzfest during the summers of 2001 and 2002. Unfortunately, their streak of success was not to last. Shortly after rousing the crowd at Ozzfest in Indianapolis, Indiana, on August 3, 2002, Williams was found dead of natural causes on the tour bus. In the wake of that tragedy, the band forged ahead. A DVD, Sinema, featuring more than two-and-a-half hours of concert footage, was released in late 2002. In January 2004, the band announced the addition of singer Jason "Gong" Jones, and their sophomore effort, Desensitized, followed several months later. In 2006, former Soil singer Ryan McCombs assumed the vocal duties, and a year later they released Full Circle, which was followed by live album, Loudest Common Denominator, in 2009. A self-titled album dropped in 2010, making McCombs the first DP singer to record more than one album with the group. However, it was not to last: he departed the following year, and was replaced by Suicide Hook vocalist Jasen Moreno, who made his official debut on 2013's Resilience. Three years later, Moreno would match McCombs' record with the announcement of the second Moreno-led and sixth overall Drowning Pool album, Hellelujah. Produced by Jason Suecof (Deicide, Motionless in White), the release featured the single "By the Blood." ~ Craig Harris & Neil Z. Yeung