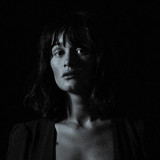 Mogli is an Indie Artist spearheading her own career without a label in the background: She’s her own art director and passionate about every step of the creative process - from songwriting over artwork to marketing. She rose to Indie fame with her debut album Wanderer, the soundtrack to her Netflix and box-office hit “Expedition Happiness”, a documentary she directed, chronicling her 2016 adventure in which she converted a school bus to a loft on wheels and traveling North-America. Since the release of her EP Patience Mogli fully immersed herself in the music industry and everything that comes with it, touring Europe and North-America extensively. The non-stop work took its toll: 2019 burn-out and depression hit. With her upcoming album RAVAGE, she’s documented her self-discovery and healing process for catharsis. While writing the songs she realised she didn’t just want to relay her message sonically, so in 2020 she wrote, self-financed and produced a fully-choreographed movie blending the 10 album songs with acting and metaphorical dance. RAVAGE is a whole body of work that features an illuminating dystopian to utopian transformation, denouncing oppression and embracing the liberation of standing out. The songs themselves tackle topics important to Mogli, like self-empowerment, vulnerability and feminism. Musically it's zeitgeisty yet timeless - Moglis very own take on pop moving from sweeping piano ballads into darker territories and even into suprising techno drops.