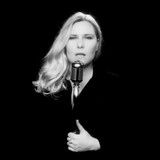 Hailed by Musical Notes Global (New York) as “a true Renaissance woman” Aminah is a multi-award-winning Songwriter, Musician, Producer, Screenwriter, Director and Photographer. An Australian Roots artist playing somewhere in between the worlds of Folk, Alt-Country, Blues, Jazz and Spoken Word, she appeared on 11 albums in Australia and Europe before producing her debut solo album Blue Wooden Boat. Recorded in Ireland, USA, Australia and Germany, the album features special guest Tommy Emmanuel, Waterboys fiddler Steve Wickham and Nashville gospel singers, The McCrary Sisters, and has earned her a number of accolades including two wins and a nomination at the Independent Music Awards in New York. The album was produced on Aminah’s independent label Blue Wolf Records and is distributed worldwide by MGM. In 2019 Aminah established Sky Woman Productions. Her music videos have premiered in Nashville, New York and Melbourne and received awards in Australia and New York. Her short screenplays have gained recognition in Austin, LA, New York and Italy. With a feature screenplay in development, she is now directing her first short drama. In 2020 Aminah became the International Correspondent for Around the Sound magazine and Executive Producer of The Lounge with Aminah Hughes, a video podcast series in which she interviews practitioners in the music, film and other creative industries about the essence of their craft: https://open.spotify.com/show/4lZ6Q7JLsqFOjywQEVIg4I