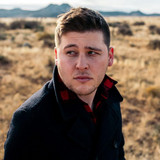 While a college student in his hometown of Corpus Christi, Texas, Jake cut a demo of a song he wrote in his dorm room, “Hit the Road.” The demo made its way onto local radio stations, eventually becoming one of the top 100 songs on Texas radio in 2014 when Jake was 20 years old. While in college, Jake and the band began touring throughout Texas and developed a reputation for high energy live shows, blending classic country with contemporary rock and rich harmonies.

Jake released his debut album, "Love Don't Live Here," in 2015. "Take my Hand," a single off the record, was the first #1 song on Texas regional radio in March 2016, and quickly became a fan favorite. Increasingly successful singles followed, including "Lonely Street" (#1 September 2016), "Restless" (#1 September 2017), "Not Too Far to Reach (#1 February 2018), and "Put You Down Tomorrow" (#1 July 2019), the first single off Jake's sophomore album, "Back on Solid Ground." The second single off the record, "Heartland Girl" was released May 2021. Jake Ward headlines shows throughout Texas and plays with many of the biggest names in country music.