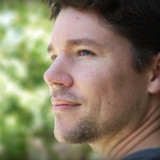 Isaac Shepard is a pianist and composer who lives in Orange County, California. He has composed and performed for over 25 years, released many piano albums, written music for over a dozen video games, and composed hundreds of songs across many genres. Shepard’s piano music has been played hundreds of millions of times around the world and reached #1 on popular music platforms in Classical, New Age, Easy Listening, Instrumental, Wedding, and more. Shepard is also the creator of the Music Catch web games, which were first released in 2008-2009 and have been played tens of millions of times. These games featured Before Dawn from Shepard's first piano album, Swept Away, as well as Leaves In The Wind, Letting Go, and Gentle from Shepard's second piano album, Deep Joy.