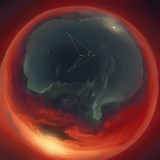 The DEgITx project was fully created in the beginning of 2013 year, but there was some demo's material originally formed in 2011-2012 years. The main first idea was a combine chiptune and SID sound with metal-genre. A lot of inspiration at the beginning was by other bands in the same genre: like The Machinist, Dawn of Neptune. At the end of 2014 year two albums have been ready. Since 2015 year was decided to add more sound genres to sound and don't limit sound itself. Since the third Forest Spirits album beside Power Metal, Chiptune, Sid Metal also was added Folk metal to main genres list of the project. The Forest Spirits also was the first album with vocal version of tracks with other music collaborators. All of the albums since then was trying to be balanced in different genres and Alexey always want to include some parts of the songs by each genres in albums. The lyric theme of songs with vocal is different: some themes related to cyberpunk themes, some of the folk, another is about emotional problems. Most of the songs are complete stories based on some ideas (for example Forest House song). Lyric languages are also different: some in english, some in russian. Music is completely free for usage (Royalty free music) in any types of projects.