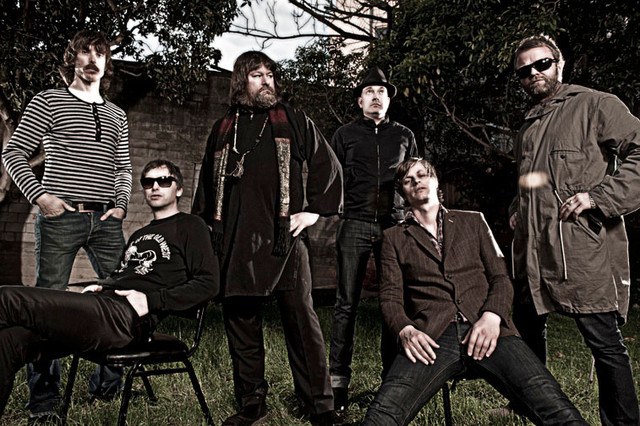 The Soundtrack Of Our Lives

Featuring The Soundtrack Of Our Lives

Ebbot Lundberg (vocals) and Bjorn Olsson (guitar) were founders of the wildly exciting Swedish band Union Carbide Productions, which recorded several albums that mixed Captain Beefheart and punk (think Stooges) to wonderful effect in the late '80s. Eventually Ian Person joined Union Carbide Productions on guitar. By this point, however, Lundberg was becoming influenced by Love and other late-'60s psych-pop bands and was steering the band in this direction, causing friction within the band. After several albums in this new direction, Union Carbide Productions imploded, and the bandmembers went in their own directions. Lundberg, Olsson, and Person reunited in 1995 and started the band the Soundtrack of Our Lives, which mines the '60s psych vein in unique, unpredictable, and interesting ways. Never sounding like a retro act, the Soundtrack of Our Lives is a thoroughly modern band that is actually extending '60s themes and ideas in ways that acts from that time never imagined. The Homo Habilis Blues EP was released in 1996, followed by the full-length Welcome to the Infant Freebase that same year, after which Olsson left the touring aspect of the band to the other members (he remained a part of the band in the studio, while maintaining his own solo career). Work on a second album commenced in 1998, and the band released Extended Revelation for the Psychic Weaklings of Western Civilization late that year. The new millennium found the Soundtrack of Our Lives with an American contract through Universal's Republic subsidiary, which released 2001's Behind the Music and 2005's Origin, Vol. 1. This was followed by the extensive multi-disc retrospective Present from the Past in 2006 and the EP Bonus Future Excerpts CD in 2008, as well as the singles "Thrill Me" b/w "Swim Like a Bird (This One Has Not Flown)" and "Utopia" b/w "Just a Brother." Also in 2008, the Soundtrack of Our Lives released the stellar double album Communion, which appeared on Yep Roc in the United States. The single "Karmageddon" followed in 2010 as a precursor to 2011's Golden Greats No. 1, another compilation that included EP, single, and album tracks from throughout the band's recorded history. In the early summer of 2012, the Soundtrack of Our Lives issued a new full-length in the 13-track Throw It to the Universe. ~ Stanton Swihart & Thom Jurek, Rovi