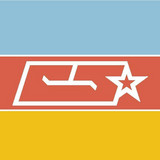 The seventh album Time Is The Drug, was released in February followed by release shows in Hungary and Romania all year long.