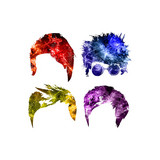 ‘Single By Sunday’ are a Pop Rock band from Glasgow. The band is comprised of Josh Ladds (lead vocals, rhythm guitar), Jonny Eakins (lead guitar, backing vocals), Jack Black, (bass guitar, backing vocals) and Simon Drummond (drums). Formed in 2015, they cite early Blink 182, My Chemical Romance, 5 Seconds of Summer and The 1975 as some of their influences. Raucous guitars, vocal melodies, fun and tons of energy are all prerequisite at ‘Single By Sunday’ live shows. With a millennial brashness and a swagger all of their own, they pay homage to some of the mid-eighties Pop Punk bands. Having opened the prestigious Scottish Music Awards, they have also headlined the Boston MA ‘First Night’ celebrations (at the request of NBC10 Boston) to a staggering 50k+ people. They also played Vans Warp tour in Buffalo NY alongside Sum 41 and The Story So Far etc.