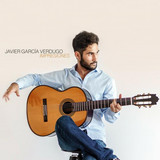 1st prize on "International Guitar Competition of Havana" and "Melómano's Golden Award" for his second solo album "Impresiones" A disciple of the great guitar masters Ricardo Gallén and Eliot Fisk, Javier has also received classes from other great guitar names such as Leo Brouwer and David Russell. In 2015, he finished the Musical Performance Higher Degree with honors at the Royal Conservatory of Music of Madrid and receiving the Special Degree Prize. During 2014 he lived in Weimar, Germany, to study at the Hochschule für Musik Franz Liszt. In 2015 he moves to Salzburg, Austria, where he studied a Master's program in Music Performance at Mozarteum University. After winning several awards in national and international guitar competitions, Javier is considered as one of the most promising figures on the current guitar scene. His performances over the Spanish geography and other countries are held in places such as National Theatre of Havana in Cuba, Zeneakademia Ferenc Liszt of Budapest in Hungary, Liszthaus Konzertsaal of Weimar in Germany or Mozarteum Solitarsaal of Salzburg in Austria, among others. As an orchestra soloist, he has performed with conductors such as Albert Gonzálvez Cardós, Antonio Navarro Borsi and Mariano Domingo. On chamber music, Javier sometimes plays with other musicians, including the Primo Tempo duo with the clarinetist Carlos Orobón and the duo with the soprano Natalia Labourdette.